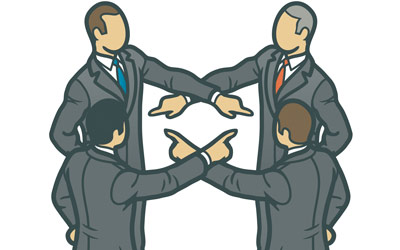 Firearm owners have waited 19 months for the report of the Royal Commission of Inquiry into the Christchurch mosque attacks, in the firm belief that it would vindicate their view that they were in no way responsible for this heinous crime.  Regardless of the fact that our Security Intelligence services failed to detect any warning signs it is well known that the police failed in their duty to properly assess the suitability of Brenton Tarrant to own a firearm and went ahead and issued him with a firearm licence.

Originally planned to be released in December 2019 the Commissioners were granted a number of time extensions, due to the numbers of people to be interviewed and also delays caused by Covid 19 lock down, with a final date of 26 November.

The inquiry’s report was provided to Internal Affairs Minister Jan Tinetti on 27 Novemberand was publicly released on December 8, after first being shared with victims’ families and political party leaders.

Many firearm owners were shocked and angered to learn that:

• Evidence given by ministers and public sector bosses to the Inquiry will be suppressed for 30 years.
• An interview with the Australian-born terrorist will never be released out of concern it could inspire and assist further attacks.
• A number of individuals involved in the inquiry would also have their identities suppressed, including the police officers who vetted Tarrant for his firearms licence and the people who provided references for him.

It seems that despite the 51 deaths no one is to be held accountable for the failings of state agencies that contributed to this tragedy.

We finally got to see the report for ourselves on the 8th December and this is what we learned from Section 5:

• District firearms staff are given limited initial training and, in recent years, no ongoing training and current training standards are outdated and inconsistent across New Zealand Police.
• Licensing staff are not trained to go beyond what is in the Firearms Licence Vetting Guide.
• The unusual nature of the individual’s firearms licence application was not appreciated.
• The Dunedin Vetting Officer did not inquire of the individual how well he knew his referees
• The order of interviews did not follow the ordinary process where referees are interviewed before the applicant
• All of those we spoke to who engaged with this issue agreed that this level of interaction between the individual and gaming friend was insufficient to justify using them as a substitute for a near-relative referee. This included experienced members of New Zealand Police.
• We consider the standard licensing practice to which we have just referred is inappropriately limited
• We are of the view that the guidance given by New Zealand Police to licensing staff was inadequate, as was their training.

and finally and most important of all the Commission says as its final word on that section of their report:

“We find that New Zealand Police failed to meet required standards in the administration of the firearms licensing system.”

As our President Neville Dodd said in a press release “Clearly the responsibility for the dreadful atrocity rests with police for their incompetence in issuing Tarrant a licence.”

Obviously we are pleased that the Prime Minister and Commissioner of Police apologised for these failures to the victims and their families, but note there was no apology forthcoming for the unnecessary victimisation of the firearm community. 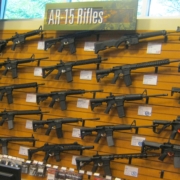 Is the law an Ass? Criminals (by definition) ignore them.
Scroll to top