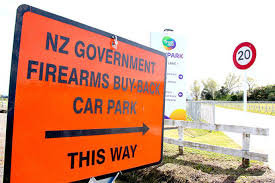 A waste & an injustice

Sporting Shooters Association President Neville Dodd says “The release of the Royal Commission report on the Christchurch Mosque atrocity proves very clearly that the government’s impulsive response of firearm confiscation was an unnecessary waste of taxpayer dollars and a gross injustice to the 248,764 properly vetted firearms licence holders, who have been vilified and victimized by government and by police.”

“If only the Government had the common sense to wait for the Royal Commission’s report or at least listened to us they would have known that the atrocity was not a failure of the legislation but rather of the police administration of that legislation” he said.

Examples of this are scattered right through the Commission’s report but particularly in Part 5 where the Commission explicitly says:

⦁ District firearms staff are given limited initial training and, in recent years, no ongoing training and current training standards are outdated and inconsistent across New Zealand Police.
⦁ Licensing staff are not trained to go beyond what is in the Firearms Licence Vetting Guide.
⦁ The unusual nature of the individual’s firearms licence application was not appreciated.
⦁ The Dunedin Vetting Officer did not inquire of the individual how well he knew his referees
⦁ The order of interviews did not follow the ordinary process where referees are interviewed before the applicant
⦁ All of those we spoke to who engaged with this issue agreed that this level of interaction between the individual and gaming friend was insufficient to justify using them as a substitute for a near-relative referee. This included experienced members of New Zealand Police.
⦁ We consider the standard licensing practice to which we have just referred is inappropriately limited
⦁ We are of the view that the guidance given by New Zealand Police to licensing staff was inadequate, as was their training.

… and finally and most important of all, the Commission says as its final word on that section of their report:

“We find that New Zealand Police failed to meet required standards in the administration of  the firearms licensing system.”

Clearly the responsibility for the dreadful atrocity rests with police for their incompetence in issuing Tarrant a licence, Dodd says.

The Royal Commission of Inquiry – No Accountability
Scroll to top